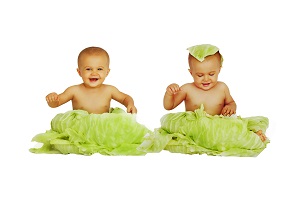 If you’re about to introduce a bottle to your breastfed baby you have quite a task ahead. It’s crucial that your baby not only accepts the bottle but also be willing to switch seamlessly between a breast and a bottle. Here’s how to make it smooth for both of you. It’s not always easy but the transition also does not have to be difficult.

There are several reasons why moms decide to introduce the bottle. The most popular ones are:

It is important to understand that introduction of a bottle does not have to be the end of breastfeeding. Quite the contrary. In certain situations it can save breastfeeding. By protecting the milk supply and feeding your baby with a bottle you would have time to solve a temporary issue with breastfeeding if needed. This often happens to moms who want to go back to work but still want to breastfeed.

When to introduce a bottle?

It’s best to start introducing a bottle once the breastfeeding is well established. This usually takes place around week 4. You can start pumping milk a week earlier to get comfortable with operating of a pump and asses if you prefer to express simultaneously with breastfeeding (from your second breast) or do it after you feed your baby.

Babies between week 4 and 6 are thought to be at their best age to accept the bottle. Their technique should be developed by now and they should not have “an opinion” which often happen with older babies.

Modern bottles often feature technologically advanced nipples that can efficiently mimic the mechanics of breastfeeding. In older designs babies didn’t have to work for the milk as it just continuously dripped from the nipple. This is why breastfed babies were much less likely to become obese then those who were fed with a bottle (1). If the milk flows effortlessly some babies would drink it not because they are hungry but because they like to suck and they have to do something with the milk that just appeared in their mouths.

In modern nipples babies can easily regulate the flow of milk with more or less vigorous sucking. They have to use similar tongue movements (peristaltic) and engage same groups of muscles as when sucking a breast.

Some modern bottles due to their construction can even replicate mother’s let-down reflex. Comotomo bottles for example are made of silicone and can be gently squeezed when the baby starts sucking enthusiastically at the beginning of the feed which releases the initial portion of milk.

Some babies just start drinking from the bottle as if nothing has changed, others require more attention, sometimes much more. Pediatricians and experienced midwifes often advice not to give up and just test different approaches. See popular scenarios that may be helpful in your case.

Best practices when switching between bottle and breastfeeding